It is not uncommon for organizations to supplement their GIS data with aerial imagery captured from a manned aircraft or drone. This perspective may come as an after-thought to some, being procured after a GIS program has already been established; however, for the Sandestin Owners Association, aerial imagery came before their GIS.

Three years ago, managers at the Sandestin Owners Association (SOA), a 2,200-acre resort on the Florida panhandle, had not yet integrated GIS into their workflows. Instead of a digital version of their geospatial data, they relied on decades-worth of paper files and plans that lacked the centrality and functionality of a database that a GIS runs on. Their introduction to the geospatial world was a high-resolution orthomosaic captured by the GEO Jobe UAV team using the SenseFly eBee. The intent of this project was to produce an orthomosaic, DEM, and 6-inch contours of the property. The data were ultimately used by a civil engineer for a study of the resort’s flood-prone areas.

Before shifting to aerial surveys, the typical approach was a ground-based method. This requires someone to go into the field and capture the coordinates of a point in each square of a predetermined grid. Grid spacing can vary depending on the client’s needs, but a common distance is 40 feet. To add some perspective, for the 2,200-acre resort, a surveyor would have spent several days collecting about 63,700 field shots (if working with a 40-foot grid). Instead of that approach, the GEO Jobe UAV team used a powerful computer program to create contours from the drone imagery, taking virtual field shots at a minimum of every six feet. For those keeping track, that comes out to approximately 120,000 points. Capturing imagery with drones allows for a much finer survey, with significantly less time spent in the field, and therefore a much lower price. After speaking with Kyle Ray, the SOA’s Director of Property Services, we learned that for them, this was the main selling point:

Cost was the deciding factor in going with an aerial survey. It was that simple. To do a ground survey on our 2,000+ acre resort would have been cost prohibitive.  We found that GEO Jobe could do the same work at a fraction of the cost, and a fraction of the time.

Aside from the cost savings, this project had several positive implications – the first being a handful of “drainage projects that should prevent property damage to the previously affected homes on the resort.” Another noteworthy outcome is the SOA’s adoption of web GIS. After the drone imagery was processed, the first order of business was for GEO Jobe’s Enterprise team to convert the SOA’s water system data from CAD to GIS and publish services to make it accessible in ArcGIS Online. Once completed, we built a web map and app that includes the orthomosaic, contours, water system, and planimetric features. Several different departments, including property services, accounting, security, and the architectural review board, now use this set of authoritative data in their decision-making processes.

These departments have also taken advantage of the high-resolution aerial imagery, saving a significant amount of time by collecting data straight off of the orthomosaic instead of going into the field. This has been especially useful when taking an inventory of features throughout the resort. When asked about how the new imagery has affected what they can accomplish from the office, Kyle said, “We have also catalogued all of our street signs and irrigation valve boxes in GIS. If we had tried to use satellite-based images as a basemap, it just wouldn’t have worked.

With the high-res images that GEO Jobe turned into a basemap, you can scroll right in so tight that you can see the sign or the small valve box.” When staff at the SOA do need to go into the field, they use Esri’s Collector app to capture data. Overall, they are functioning much more efficiently and have benefited greatly from transitioning from a dated filing system to a digital, centralized version.

If your organization is looking to get started with GIS or learn more about how it can improve your workflows, GEO Jobe can help. Our experienced teams will work closely with you to build a GIS from the ground up and provide custom solutions to boost efficiency. 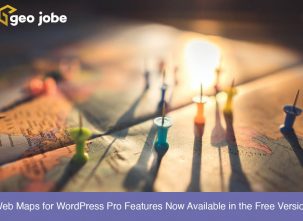 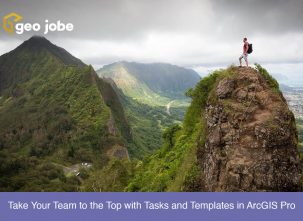 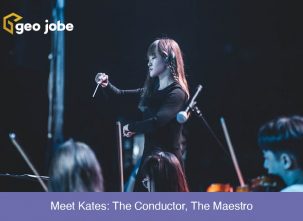