As a Southern company naturally we’re concerned about hurricanes and the coming hurricane season. Naturally, we’re concerned for the safety and well-being of our staff, families, colleagues, friends, clients, and the general public. We also have an office in Biloxi, MS along the beautiful Florida Gulf Coast which can be subjected to direct impact from severe weather incidents, particularly during the summer hurricane season. This week NOAA released their annual report on the state of the hurricane season and offered up details of their latest analysis along with predictions. The geographer in all of us here at GEO Jobe watches this with interest and we share some highlights of this year’s forecast from NOAA. 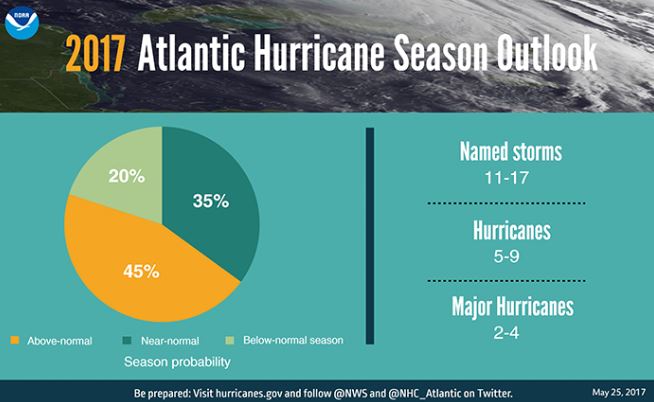 At the heart of this year’s report comes the following statement from NOAA: “Forecasters at NOAA’s Climate Prediction Center say the Atlantic could see another above-normal hurricane season this year.”

NOAA scientists are hard at work making predictions and publishing reports as well as warning systems to help keep the public safe. Commencing this year, NOAA will begin using its newest weather prediction tool — the dynamic core, Finite-Volume on a Cubed-Sphere (FV3), to provide high quality guidance to NOAA’s National Hurricane Center through the 2017 hurricane season. The FV3 brings more sophisticated physics, a new level of accuracy, and greater numeric efficiency to how high-speed computer-driven weather models represent air motions and other atmospheric processes. It makes possible simulations of clouds and storms at resolutions not yet used in an operational global forecast model.

Some of the numbers, figures, and other analysis that got our attention: 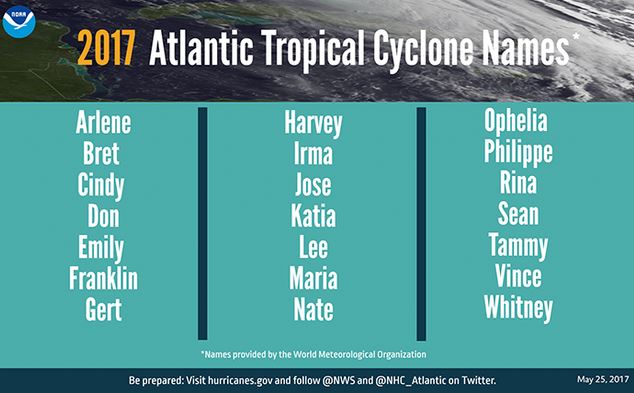 Some mapping and other technology resources of interest that provide information data and analysis that are used by experts as well as the public to gain more insight: