Here we are, November 8, 2016, election day. Once again we are reminded of the people’s right to vote and elect a leader and also bombarded with map, lots of maps (and data visualizations). What better way to view the results and see just how the election has played out. Finding a good map can be daunting as there’s so many out there. Here’s several that you may want to follow today.

The Post has a fine collection of maps and voter results for each State. View the US map or check out detailed results according to each State. A fine work in progress here. These ratings are calculated based on polls, the history of how states have voted, conversations with smart political analysts and where outside groups are focusing their campaign spending

The always popular, CNN road to 270 map shows the latest electoral college results.  From CNN, The latest snapshot of the Electoral College map heading into the final days is a little more favorable to Trump, but Clinton still holds a clear advantage

this site has a very clean user interface, complete with a large map of the country, each State linking to a tabular list of votes along with a running count of % reporting, poll closing times, and electoral votes.

An interesting resource, Simply Measured has been tracking people on social media who say they’ve participated in early voting for the presidential election. For instance, it scraped Twitter, Facebook and other platforms for statements like “I voted for Donald Trump,” “I voted for Trump,” “I voted Hillary,” “I voted for Clinton,” etc., since the last debate on Oct. 19

An interesting map and data resource from Josh Putnam, a lecture in the Department of Political Science at the University of Georgia who specializes in campaigns and elections. The the weighted electoral Collage Map along with detailed data that reports margin of expected victory and more.

It will take 270 electoral votes to win the 2016 presidential election. Click states on this interactive map to create your own 2016 election forecast. Create a specific match-up by clicking the party and/or names near the electoral vote counter. Use Map Options to set the number of available ratings (colors) in your map. Use the buttons below the map to share your forecast or embed it into a web page.

What kind of map collection would we have without an Esri Story Map? Here’s the I Voted in the election story map. This crowd-sourced resource asks voters to share their “I voted story along with a photo – put yourself on the map and share it! 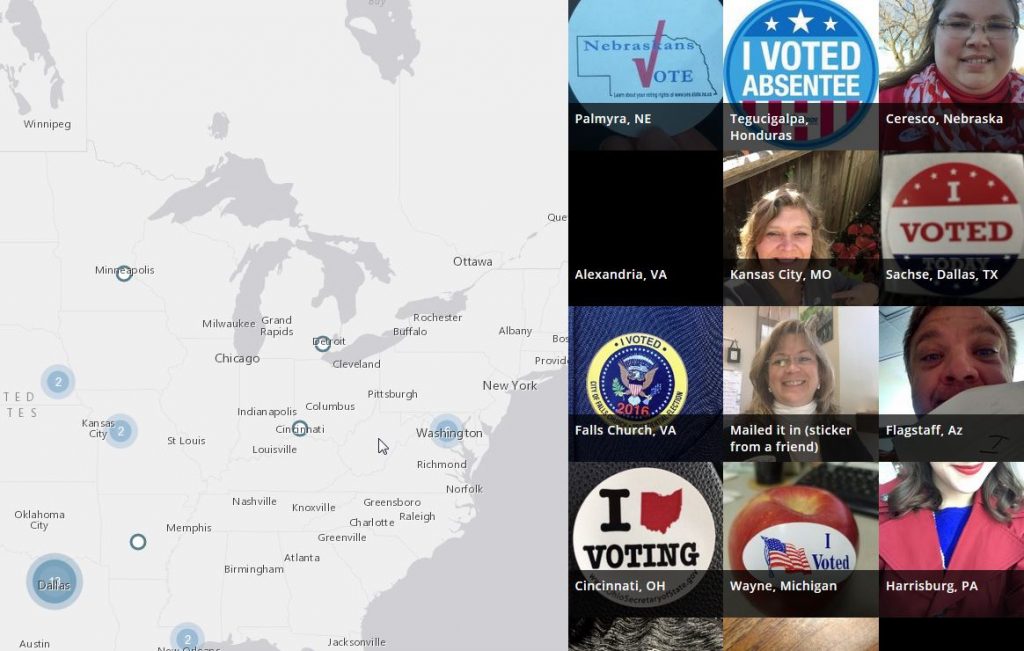 this enterprise scale operations dashboard will help people visualize the election results as they come in.  An impressive resource built on the ArcGIS Online WebGIS platform 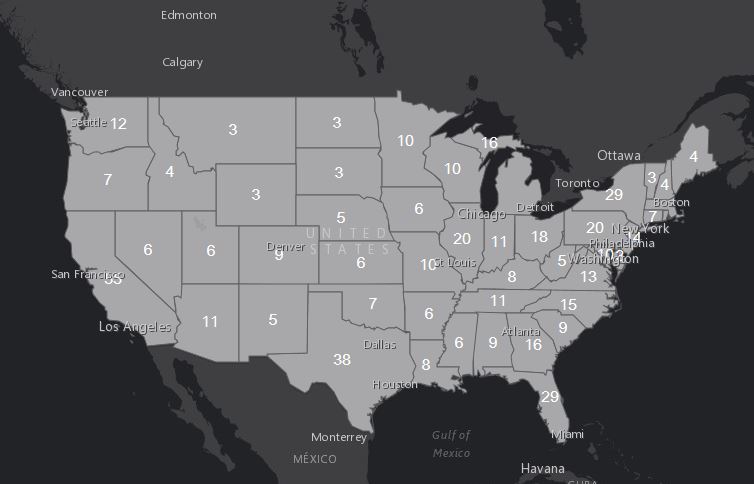 Trust Mapquest to come up with some interesting data and a map to go along with the results. Have you been wondering, which candidate traveled farther in the effort to get into the Oval Office? The candidates have been racking up the frequent flyer miles, but how far have they actually gone? These maps tell the story. 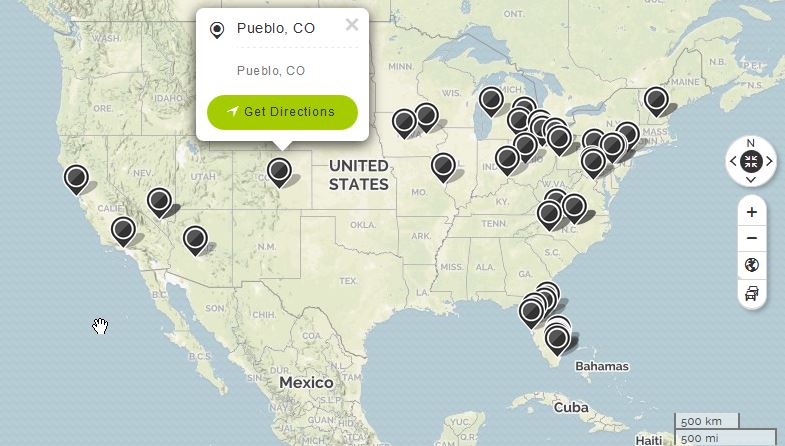 Did you know that Esri has a number of pre-configured templates and apps that can help any person or Government agency get their election map up and running? Some of the resources available include:

Kudos to the team at FulcrumApp who created an interesting mobile app – the polling place monitoring form. the idea here was t provide a handy tool where voters could report any case of polling place harassment or other intimidation. Users can report, take notes and include photos, all stored in the cloud. Interesting idea!

Have you created a map or found an awesome election map or election data resource? Please do tell us or tweet us about it @geojobegis

Note, this post is in no way meant to share our preference for any one side or any one candidate, rather, to simply share the data and provide some useful resources where you can come to your own conclusion.