Imagine for a moment walking through a dense and lush jungle landscape.  You come across a deteriorating shell of a building long reclaimed by nature.  In your mind, you can almost see how some of the other jungle formations could be other structures.  You wonder if this could be more than just this simple shell of a long-forgotten building.  Could this be part of an ancient settlement? But there is just too much jungle for you to get a clear picture.   As the old saying goes, you can’t see the forest for the trees.  But what if you could?

GIS and archeology are a match made in heaven.  Archeology has always had a spatial component to it.  When archaeologists try to understand a civilization or a culture, they don’t simply look at the items that were left behind.  People are more than just the sum of their belongings.   It’s actually a problem in multiple dimensions.  In much the same way that a business would use spatial data to determine the location of a new expansion in relation to its supply chain, customer base, and workforce, Archeologists ask very similar questions.  Archeologists take the artifact left behind and then must use spatial data to add to it.  What resources were nearby for the people to take advantage of?  How many people could those resources support?  Could the terrain support agriculture?  Did they have access to sufficient potable water?  What was their access to trade?  And those are just some of the things that are taken into account.  And these are all concepts that lend themselves well to GIS and Spatial Data analysis.  This is why Archaeology was quick to embrace GIS principles and technology in the 1980s.  And that connection is going strong today.  One favorite GIS tool at archaeologists’ disposal is LiDAR.

According to the American Geosciences Institute, LiDAR, or Light Detection and Ranging is a remote sensing method that uses light in the form of pulsed lasers to measure ranges or variable distances to the Earth.  In its simplest terms, LiDAR consists of a laser to emit the pulses of light, a sensor to record and measure the pulses that bounce back, and a GPS receiver to plot data.  LiDAR is most often used in projects that will employ aerial mapping.

With LiDAR we don’t just see the jungle canopy, we see the canopy to the jungle floor and everything in between based on the laser time of return. The first returns are typically the jungle canopy, and any returns thereafter represent features below that, with the final returns being floor or major ground structures.  The data that is collected can give us detailed maps with layers that can be separated to give us a big picture view of what lies beneath.

So let’s return to that walk in the jungle and our shell of a building.  If we employ LiDAR to map the area from above, we will be able to get a three-dimensional view of the jungle floor.  This is exactly what happened in Guatemala.  LiDAR and GIS maps created using that data lead to the discovery of a Maya Mega City.  This study was performed in the Maya Biosphere Reserve in the Petén region of Guatemala  This mega city stretched over 900 square miles and consisted of more than 60,000 structures that had long been hidden by the reclaiming jungle.  The data collected allowed us to see a sprawling city with complex roadways, canals,  intricate irrigation systems, and terraced farmland. The layers containing the jungle canopy could be lifted away to reveal a vast Mayan City that was far more advanced and had a larger population potential than we had previously believed.  One truly impressive discovery was of a seven-story-tall Mayan pyramid that to the naked eye looked to be nothing more than a natural hill in the rolling landscape.  Compiling the data and creating the maps and 3d models took months.  The data discovered has helped to reshape what we understand about the Mayans.

Previous data had suggested that Mayan civilization was fairly small but when you take into account the advanced agricultural techniques and roadway system, archaeologists now theorize that Mayan civilization could have supported 10 to 15 million people as opposed to the previous estimates of no more than 5 million.  And there is still so much more to come from the volumes of data that was collected.   Additionally, these same maps can be used to guide field excavations to points of particular interest thereby minimizing damage to this heritage site and local environment in general.

If you want to learn more about this amazing Mayan discovery in Guatemala check out LiDar Images Reveal Mayan Civilization on esri.com or Laser Scans Reveal Maya “Megalopolis” Below Guatemalan Jungle on National Geographic.com.

If you would like to connect to GEO Jobe directly, you can reach us at connect@geo-jobe.com 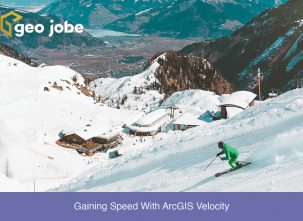 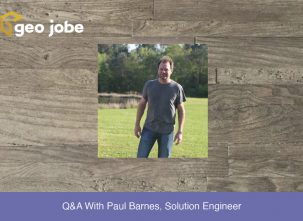 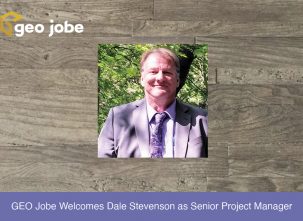