This may be somewhat obvious to those of you in the know regarding drones and UAV technology, however, we felt it was quite interesting to share details of the soaring popularity of UAVs, and in particular,  the soaring number of drone registrations. Numbers released by the FAA clearly reveal there’s no sign of this exploding technology slowing down any time soon. 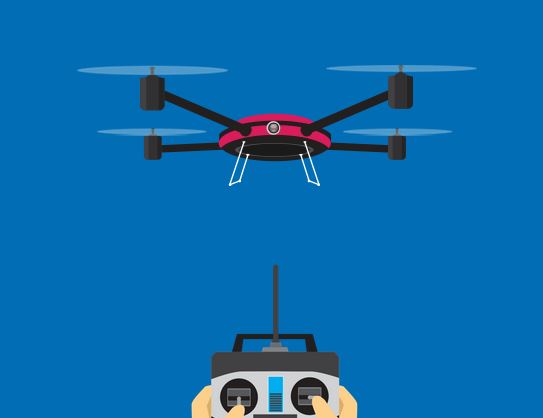 UAV technology was also making noise and headlines at the 2017 CES show in as Vegas. The FAA was in attendance at the show to provide industry updates to attendees and shared some interesting numbers and facts:

Interesting to note, the UAV industry has grown so rapidly that The city of Henderson and the Nevada Institute for Autonomous Systems have broke ground recently on a new drone testing range located near Nevada State College. There’s no doubt that such facilities and educational / learning resources devoted to drone and UAV education will continue to break ground in order to keep up with the demand from industry professionals.

So, what spurred the explosion in drone use? An important FAA rule, which took effect in August, enables people to fly drones for non-hobby purposes without getting specific authorization from the FAA – provided they operate within certain parameters. As long as the operator earns a Remote Pilot Certificate, he or she can fly a registered drone weighing less than 55 pounds, during the daytime, up to 400 feet above ground level in uncontrolled airspace. Obviously, these rule changes have greatly affected the casual or hobby drone pilot, however, professional UAV services and service providers have also grown in numbers. Here at GEO Jobe we are pleased to be supporting our existing (and new) clients with aerial mapping and UAV services – indeed a natural addition to our GIS service offerings. Recently, our team has expanded with the addition of a business development lead for our UAV services and we now count 3 staff members as licensed UAV pilots.

Finally, if there’s any chance that you are unclear about what is involved, we suggest you always consider having an expert in your corner, particularly for that first mission or project. Contact us for more information if this sounds like you or your company’s situation. We’re glad to provide a consult about our UAV services and expertise , including Geo Powered Cloud hosting, and we can provide you with a UAV flight mission project quote per day or per acre!