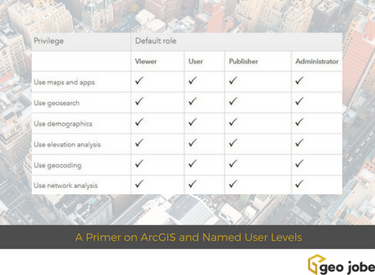 At ArcGIS R 10.5 and 10.5.1, Esri introduced a new tier of named user called Level 1 Named User. The new Level 1 Named User is in addition to the Level 2 Named User (formerly called Named User) and is a cost-effective way to share those important information products in your organization without giving up […]