GEO Jobe has been serving our clients and partners since 1999, but you may not be too familiar with the faces behind the company. Here, we continue to introduce you to our team and the talented crew. We’ve shared a short Q & A with Application Developer, Steven McCall. Steven, based in our Gulfport, MS office, was the first of our numerous hires so far in 2018. 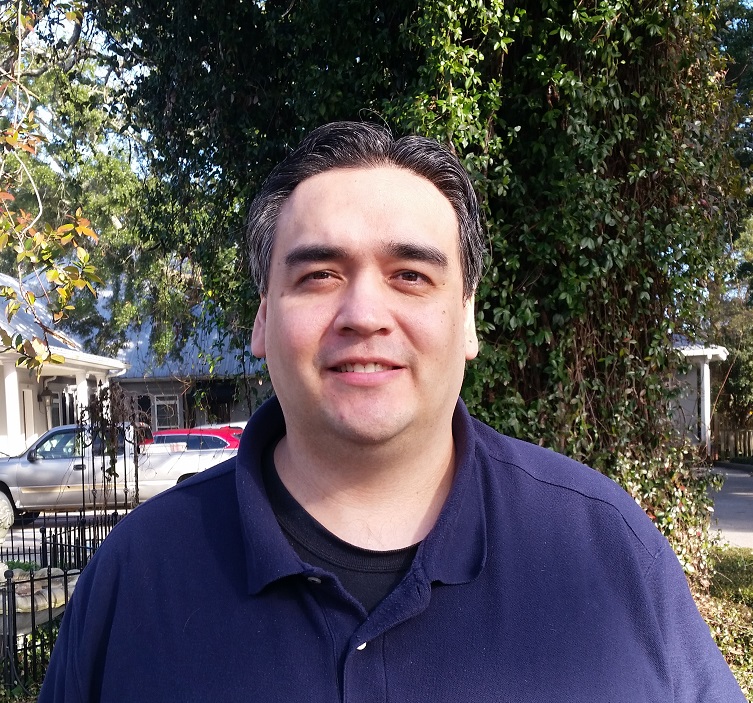 GEO Jobe kicked off 2018 with plenty of momentum carrying over from an awesome 2017. With that has come growth of the company in the form of several new hires. This year we were pleased to welcome Steven McCall to the team. Steven is an important addition to the dev team, assisting in developing and expanding upon our world class GEO products.

Q: What is your role at GEO Jobe?

A: My role is Application Developer, where I design and implement software solutions for both internal and external clients.

Q: What is your Educational/Professional background, and how did you wind up at a GEO/GIS company?

A: I graduated from the University of South Alabama with a B.S. in Computer Science. Since then I have had 18 years experience in both applications development and IT systems management.

Q: What were you up to before life at GEO Jobe?

A: I was working as a freelance developer, which included some fun projects such as developing educational games for a learning platform and a mobile game for Android and iOS. (towerrumble.com)

Q: What attracted you to joining the GEO Jobe team?

A: Last year, my friend Danny was hired by GEO Jobe as a Project Manager and told me about the interesting things going on at the company and how cool it was to work there. Turns out he was right on both counts!

Q: What do you enjoy doing outside of the office?

A: I like to work on game projects in my spare time, and enjoy playing video games or watching them on Twitch if I’m too busy. I am also a big soccer fan, so I watch a lot of English football on weekends.

Q: Do you have a favorite newspaper, blog, or source of inspiration??

A: StackOverflow is a site that helps me immensely in solving problems. Also Esri’s GeoNet has been extremely useful.

Q: What kind of technology do you prefer and why? (Mac or PC, iOS or Android, and other cool tech)

A: After working with both, I am firmly in the PC/Android camp. 🙂 Software-wise, I use Visual Studio Code for most development, and Visual Studio for C# projects. I also use a lot of Adobe Creative Suite for graphics or video production projects. At home, my computer is hooked up to my living room tv with a second monitor on a side table, so I can play games or code from the sofa. 🙂

Q: If you weren’t in the career that you are right now what could you imagine yourself doing?

A: I first started college as a film major, so I would probably be in TV/Film production if I did not pursue computers.

Q: Can you share something about a cool project you enjoyed working on lately and why?

A: Recently, I have been working on some internal projects for the UAV team. The first was developing an interface for clients to import or draw their specifications for areas that need to be flown, then allow both the client and the UAV team to track the progress of each job. I have also been working on a data processing tool to help deliver more accurate data from drone imagery. It is always satisfying to help automate and streamline a lengthy process and make life easier for all parties involved.

Q: Is there one or two things on your desk or in your office that you absolutely couldn’t do without?

A: I don’t have much room on my desk with all my monitors, so I would say my laptop and monitors for sure. 🙂

You can connect directly with Steven on Twitter @spmccall and connect with the GEO Jobe development team via connect@geo-jobe.com or @geojobegis on Twitter.  Hit Steven up anytime on Twitter if you need to chat about  JavaScript, CSS, HTML, C#, web deployment, and our popular Admin Tools solutions!

Note, we periodically have career opportunities here at GEO Jobe. Be sure to watch our Careers section